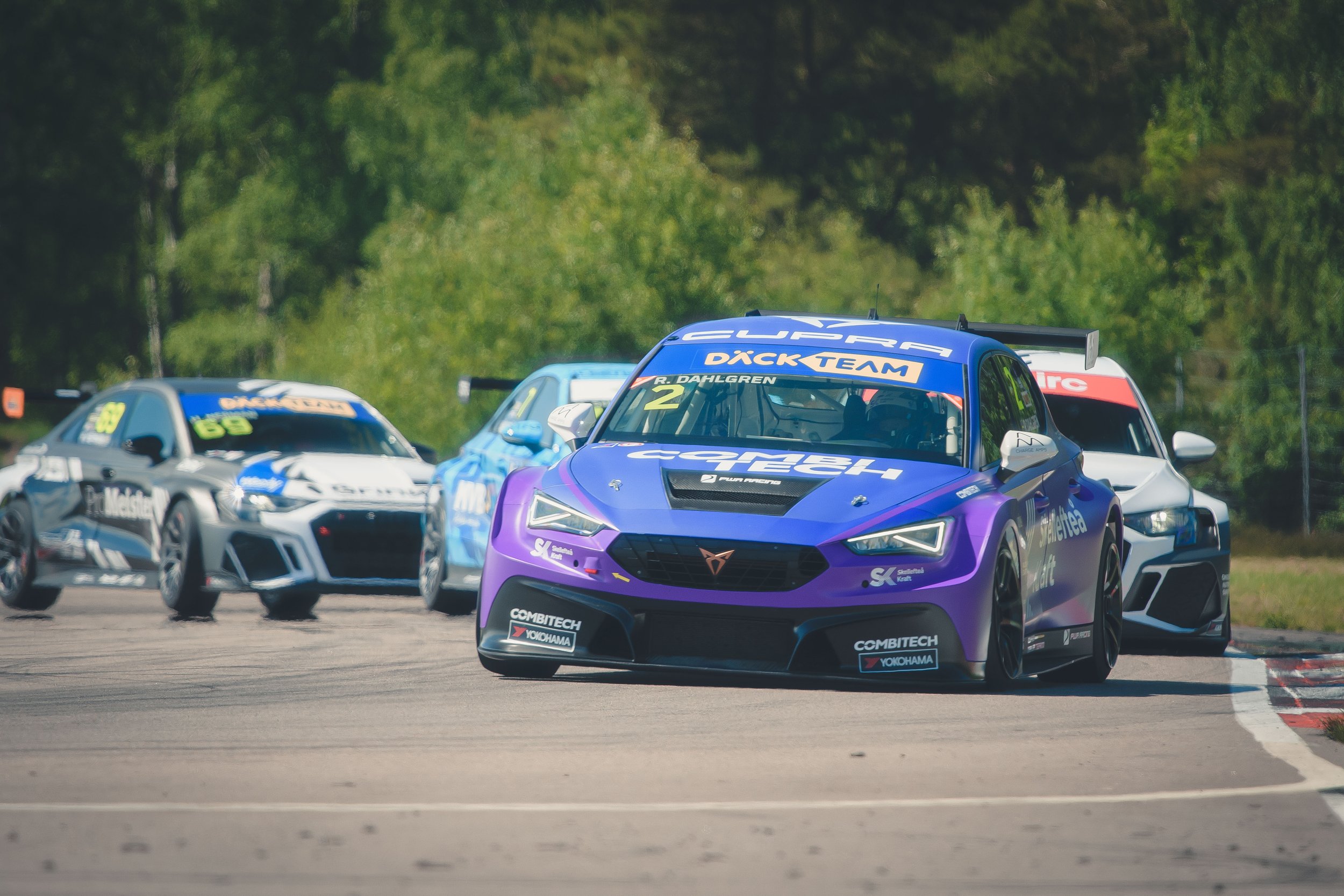 We have now reached mid-way of the 2022 STCC season having completed three out of six events. The championship this year is for sure a much more competitive story than last year. Our main competitors in the rivalry Audi teams of Brink Motorsport and Lestrup Racing are all doing a very good job and for sure the new TCR Audi is a very strong car already. Also, Mattias Andersson in the Lynk&Co has upped his game this year and will be a serious contender.

It is also very extreme so far in terms of track conditions as we have raced six out of seven races on a wet track so far, with only the very first race being on dry. The success ballast, as mentioned earlier, has a higher impact this year, which has made it more difficult for us to be as competitive as last year, especially in qualifying.

Considering this we are very satisfied with having a qualifying result of two poles from five possible and have crossed the finish line in all seven races so far within top four, including five victories and a second place. So, it is definitely going our way so far.

We have won the only race that has been on a dry track so far this season, but it has been in the wet that we have been really dominant. This is depending on two main reasons; Robert Dahlgren is a very skilled driver when it comes to wet weather driving and we have a very well-developed wet setup that we are confident to use whenever it starts to rain.

It will be very interesting to see how the second part of the season unfolds. If it will switch and be all dry and how competitive we will manage to be in that case. We have put ourselves in the driver’s seat for the championship title, but it’s a long way still to go and things can turn around quickly. Let’s keep on pushing.