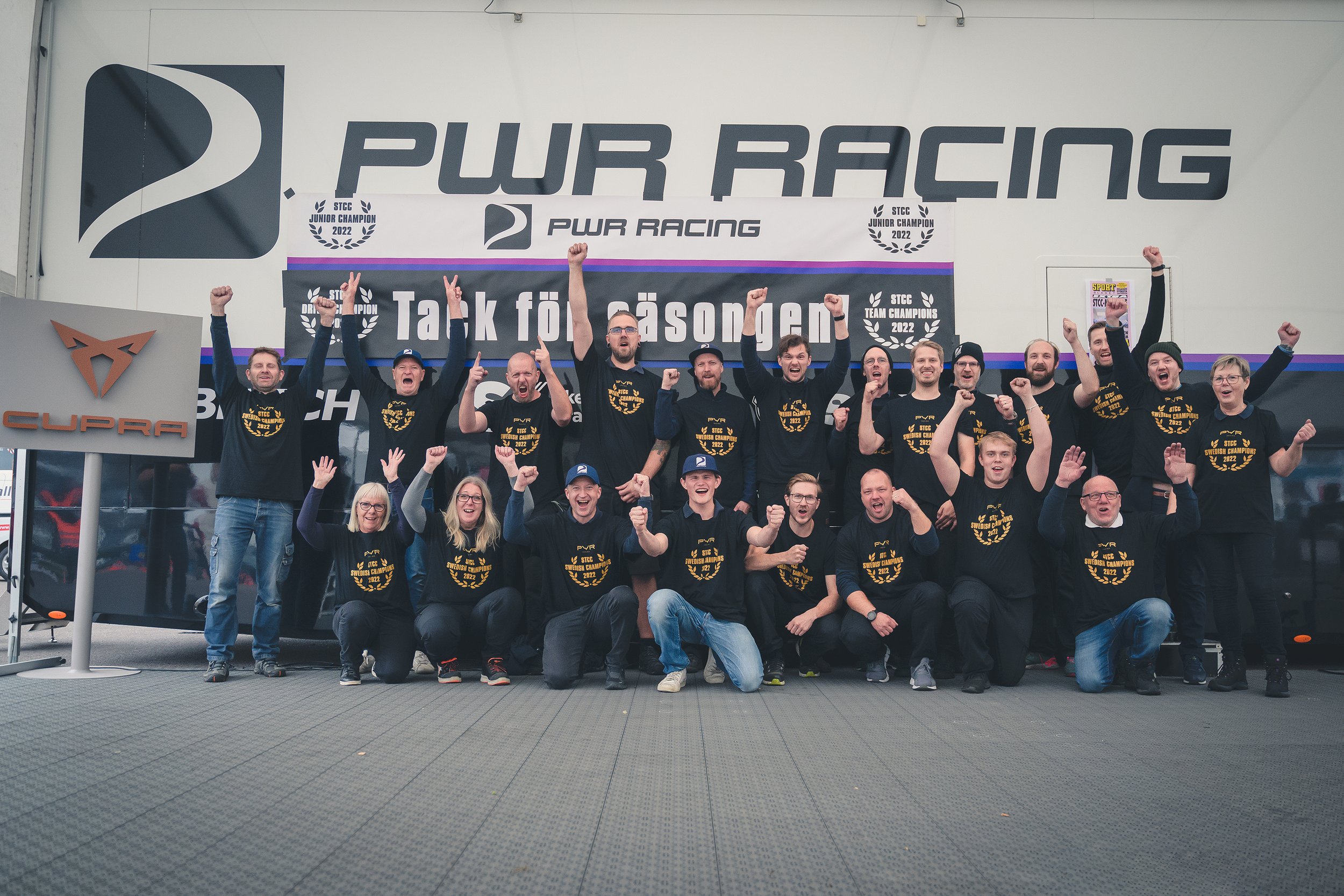 It is difficult to know where to start. This has been such an intense season in many ways. We knew that this season should not be a “walk in the park”. All our main competitors upgraded to new cars. As much as 8 brand new Audi TCR were entered in the championship, of which four were in our main rivalry teams, Brink Motorsport and Lestrup Racing. Add to that Mattias Andersson in the Lynk&Co that had become “re-borne”. STCC had also changed the success ballast system for this year, which made it more difficult for us to stay competitive all the time.

We were on our third year with the Cupra Competicion TCR and it was no longer easy to squeeze out more performance from it. On the other hand, considering all the new Audi in the championship, we knew that the speed we had last year, would not going to be sufficient to stay competitive this year.

We set out a preseason test plan and, despite the fact that the Cupra was in its third year of its life cycle, we managed to improve our performance in such a way that we beat our own lap records on all circuits except one.

We also increased the details in our car setup strategy, so it became much more differentiated between qualifying and race as well as between different circuits. This work was possible thanks to simulation work in conjunction with on-track validation. We also had a fruitful damper development program and we were able to also improve our wet setup a bit further.

Last, but not least, we raised even further our focus and way of working around tire management. Simulation work during the winter had shown great potential in this area and we transferred this knowledge into practice on track which helped us both in qualifying but even more so in the races.

Our strategy for the season was to have the highest possible consistency. We knew that we were not going to be able to be the fastest all the time but had a good chance, with our experience, to score good points, also when we had to fight for it.

The way to accomplish this was to continue to build on our way of working, with processes and methods, both in the preparation phase before an event, as well as during and after. All this to make sure the highest possible attention to detail in order to avoid any unnecessary DNF or under-performing occasions. This includes also, for example, an improved collaboration with the performance engineers that both made it possible to extract better performance from the car and the driver, but perhaps even more important, to avoid DNF’s.

It is such a reward therefor, to look back on a season having crossed the finish line in all 16 races within top four including seven race victories.

That we manage to also win both the team championship and the junior championship the same year, something that has never happened in STCC before, is just magical.

Big, big thanks to all fantastic team members at PWR Racing and to my dear friend and star driver Robert Dahlgren for making this happen.