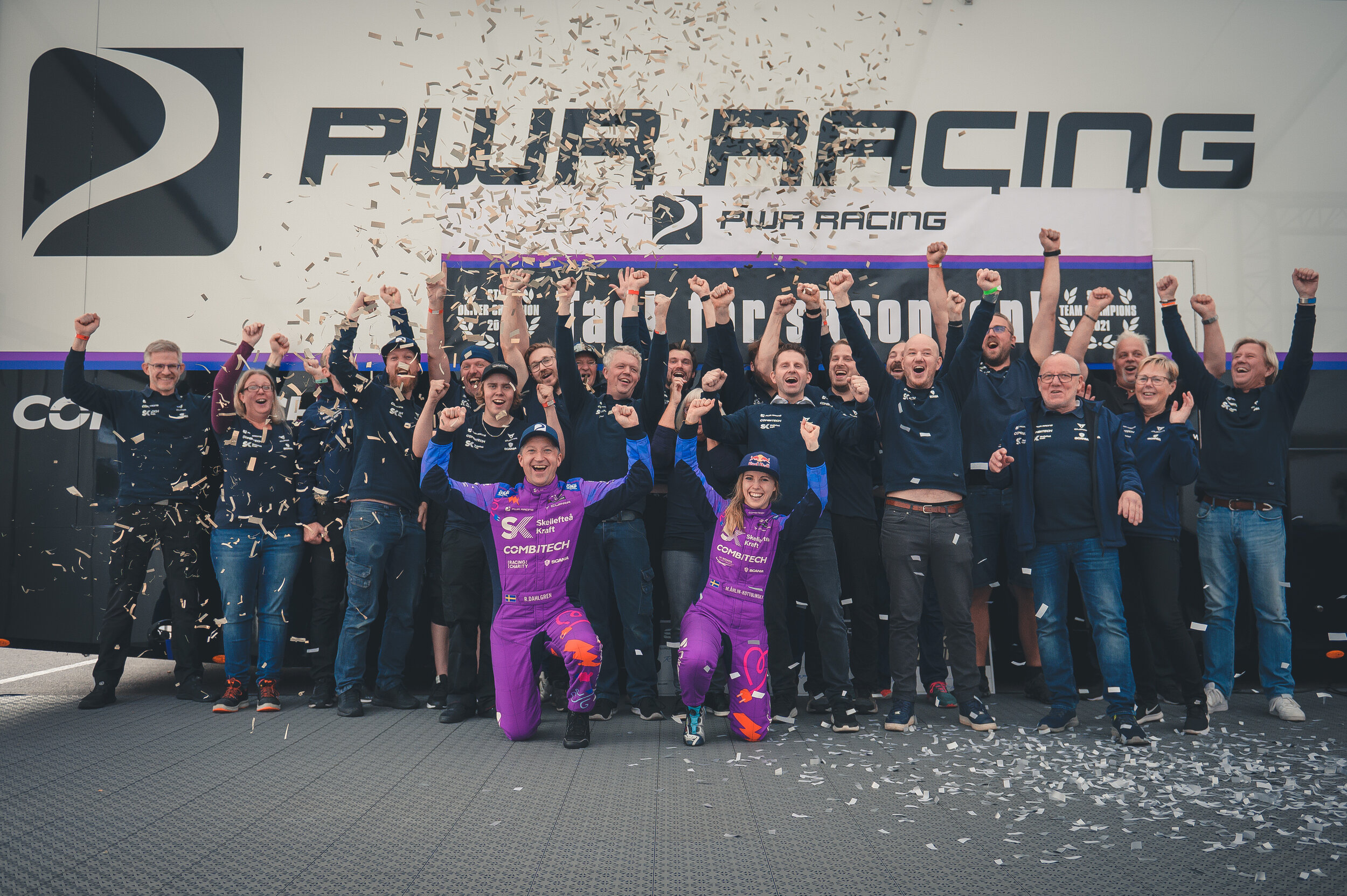 So, the race season 2021 has come to an end. And, what an amazing season it has been. Having had the pleasure to work in both the Scandinavian Touring Car Championship (STCC) with Robert Dahlgren and PWR Racing as well as in TCR Denmark with Jan Magnussen and LM Racing has been very fun, exciting and rewarding and the results have been extraordinary.

STCC
Let’s begin with the duties as Race Engineer for Robert Dahlgren and PWR Racing in STCC. We entered this season as favorites and the pressure was on us to claim the drivers’ title as the second place we’ve got from last year was not considered good enough. Not from the outside, but especially not from ourselves.

We had identified our areas where we lacked performance in 2020 and had worked hard on them over the winter, so to now see that we had the strongest package in all aspects was really rewarding.

The season had a lot of challenges and what might have looked as a very comfortable advantage from the outside, was definitely not so at a number of occasions. The reason for the continuation of success during the year was that we worked really hard as a team and we followed our defined plan that we had before the season. When we had issues or were lacking performance we used all our experience to convert this into success.

We also continued to develop both the car and our methods all through the season and challenged ourselves within the team in a very positive way. That’s racing when it is at its best.

To be able to achieve all those results and especially to finally clinch the STCC Drivers Title together with Robert Dahlgren, who is a true mega star as a driver, but also a great friend, is a life long memory. Thank you all at PWR Racing for all the great work and to Cupra Racing for very competitive cars that enabled this to happen.

Moving on to the second challenge for the year, Race Engineer for Jan Magnussen with LM Racing in TCR Denmark. We knew this season was going to be tough as we would have 3 predefined DNS as one event was clashing with JM’s commitment to the Le Mans 24-hours race. With another 2 DNS and 2 DNF, the challenge became in the end too big. We finished P3 in the Drivers Championship including 8 race victories, which was twice as much as anyone else.

We were very competitive, we learned a lot and we will come back stronger. To get to know all the great people in LM Racing in general and the crew on car #23 in particular and to have had the chance to work close together with such a great driver as Jan Magnussen has been great fun.
Hats off to Kasper H Jensen who drove flawlessly all year and became the champion (again).

And, very importantly, we claimed the TCR Denmark Teams Championship!

No time to rest, silly season has already started so let’s see what will be on the next page…