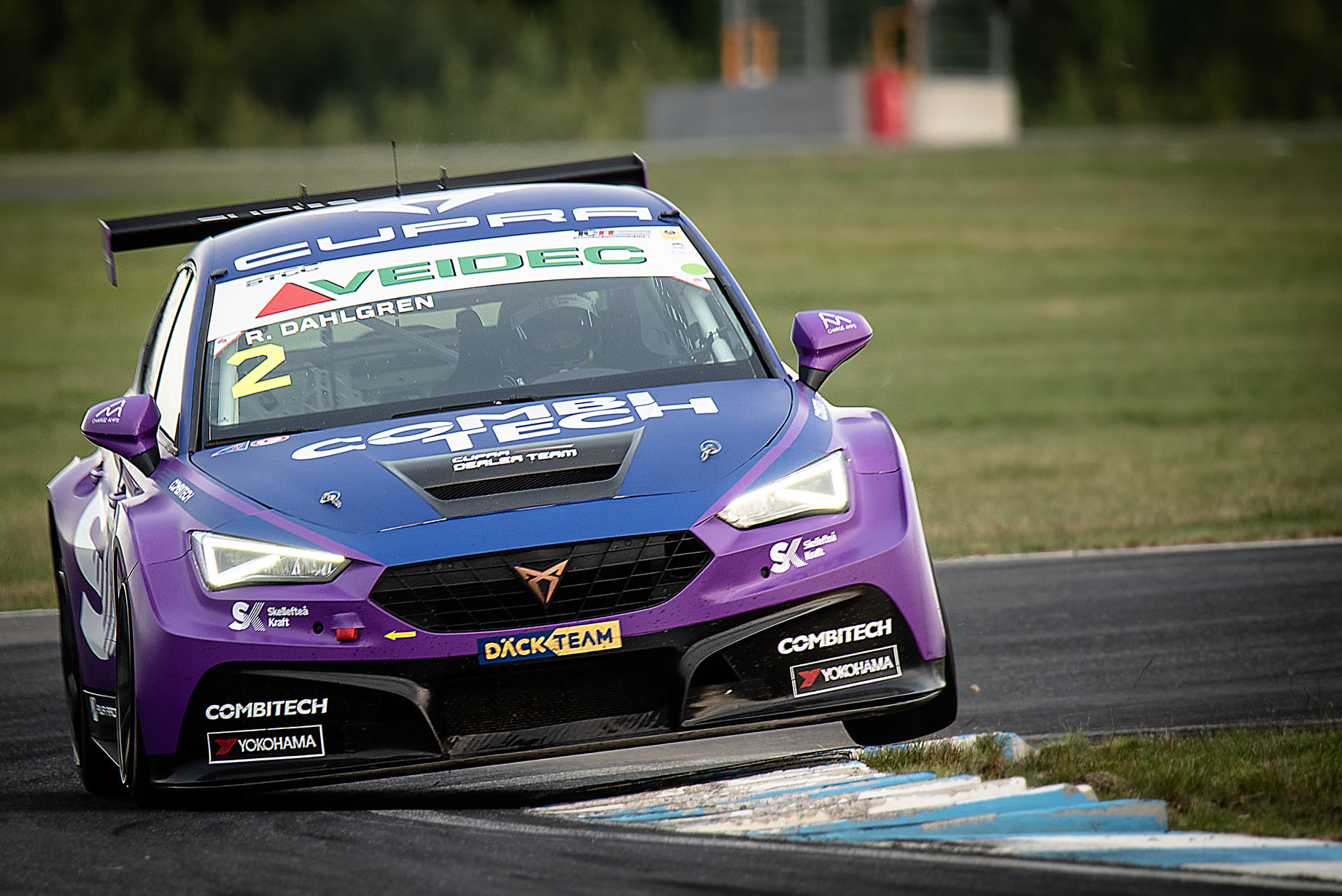 We have now completed half of the 2021 STCC season, meaning three out of six events. That is equal to 6 qualifying sessions and nine races. We have won all qualifying sessions so far and also all six races where we have started from the qualifying positions. The three races where we have started from P8 due to the reversed grid rule, we have finished P3, P2 and P5. This puts us in the lead of the drivers’ championship with a big margin which obviously gives a lot of confidence for the second half of the season.
Interestingly we are the only car that has done all races with the maximum success ballast (50kg). We have also done races in both dry and wet conditions and the competitiveness have been equally good.
But, being a BoP championship, you know that everything can change lightning fast if there a change in the BoP values, so we cannot relax and take anything for granted, but just need to continue to push ourselves to maximize our own effort in every single moment, during events and between events.
Keep pushing to make it happen!