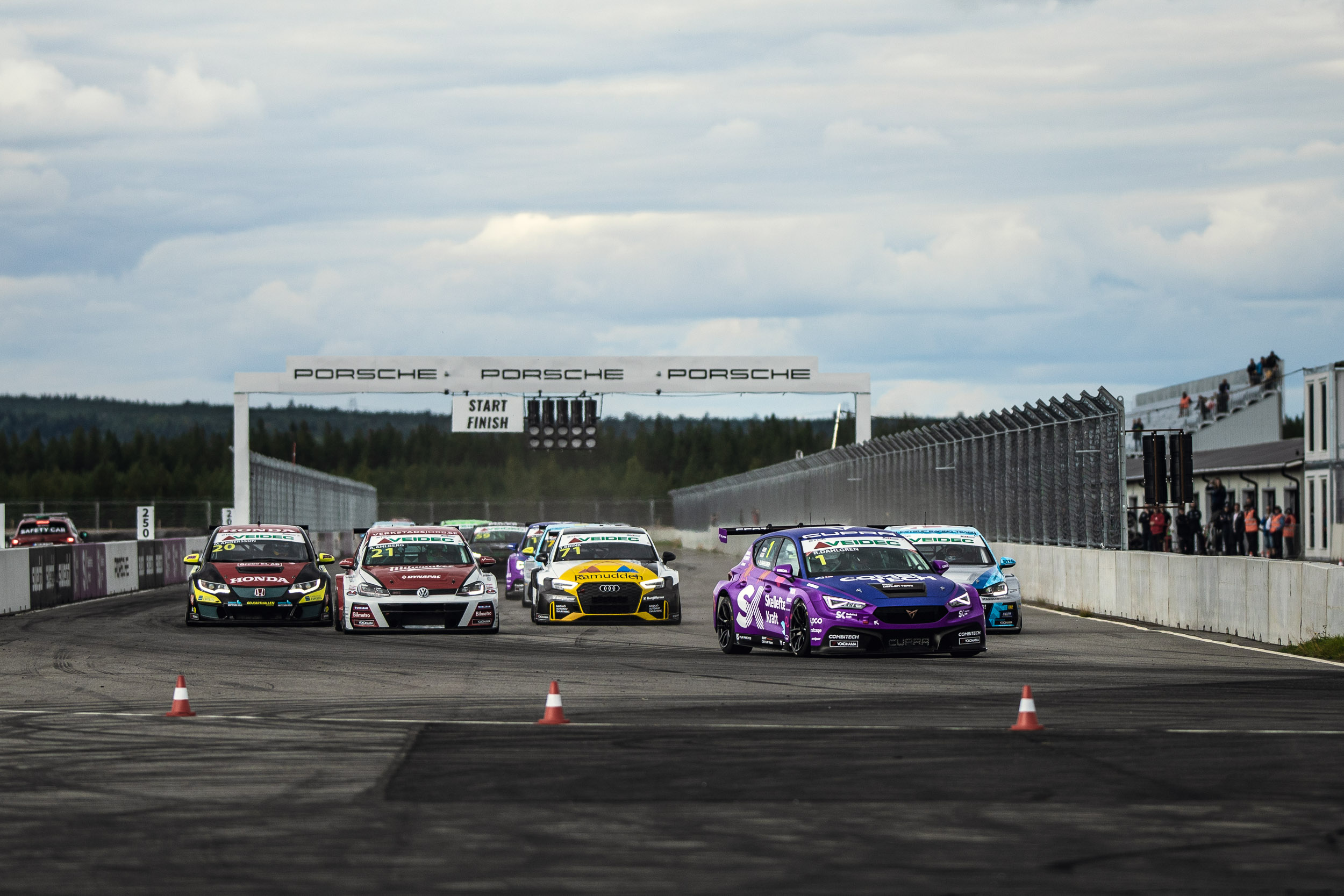 So, half of the 2020 STCC season race events have been completed. We started at Gelleråsen in Karlskoga where we had a mix of results with the highlight being that we in one of the races were able to clinch the very first victory for the new Cupra Leon Competición in the world.

The second race weekend was at Fällfors Arena in Skellefteå which is in the very north of Sweden. A newly built race circuit that is probably the best in Sweden currently.

We had a very, very strong weekend which was partly thanks to a really good and productive test day leading up to the weekend. P1 in both qualifying sessions as well as in the first two races. Unfortunately, in race 3 we collected a DNF but anyway we managed to get into the lead of the championship at “half time”.

We are now in a good position for the second half of the season, but it’s going to be a tough challenge and the fight will most likely continue until the very last race until we can decide the champions.